I have done no turning for 2 weekends now, as I have been unwell. I have a sinus infection which has been causing severe headaches. Mid-week, I started having problems with shooting pains in my arms and having some chest pains. I was whipped into the local hospital for tests, as being an old fat codger they were worried it might be a heart attack.
Panic set in when the nurses saw my ECG readings which were spiking all over the place. I was less worried because I have always had an irregular heartbeat. If only someone had asked.
All sorted though, I now finally have an appointment with my GP after 13 months, so perhaps now something can be done about investigating my high blood pressure. In the meantime I have been advised not to go near any dangerous machinery. That means no power tools apparently.
Ho-hum.

The last think I turned before I became unwell was this little ash box. 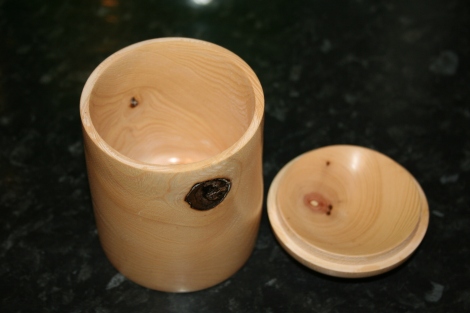 I made a little relief dome inside the lid 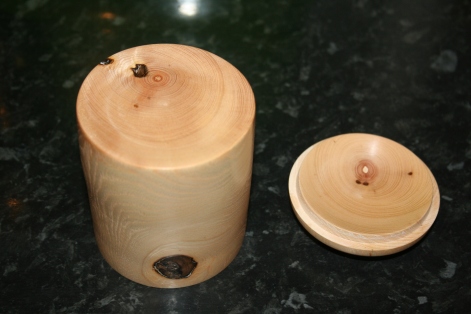 And slightly cupped the underside.
Finish is shellac friction polish.

This entry was posted in Woodturning. Bookmark the permalink.