Well 2015 is with us, finally. Hopefully the new year will be better to me than the old one. What a dreadful year that was.

The year just gone saw me replace my lathe, then replace it again. That’s what I get for taking advice from “professionals” I suppose. If anyone reading this is considering buying a Record Power lathe, the type with the parallel tubular bar system, I would advise trying before you buy. Also, try in anger, not just play with it. I was very disappointed with the lathe, and its operation, and disliked it immensely. This despite those who advised buying it telling me my opinion was wrong……….
A professional turner I see fairly regularly was given one to demonstrate on at a show, and said it was the worst lathe he had ever used. ’nuff said.

To replace the Record lathe, I got one of these

While it is classified as a hobby lathe, it has the turning capacity I wanted, combined with the power such capacity requires. My little Model T chuck has a different thread size also, so I bought this little beauty to compliment the lathe.
Thanks to a ridiculously bad service from a courier company, I have been unable to use the chuck with the lathe. The story of the courier is for another day. 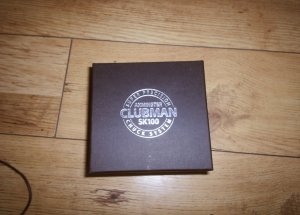 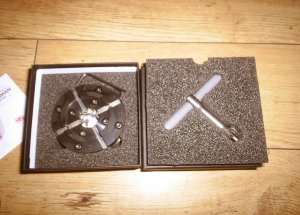 Hopefully I can get out to play with it at some point in the next day or so, or at least before I go back to work on Monday.

All in all the very last days of the old year has been much better than the rest of 2014.
I wish all my readers/followers/subscribers a happy, healthy, and prosperous 2015. Lang may yer lum reek.

Crafting in the 21st Century
Robbie the Woodturner