A while back I searched everywhere for a very large sand timer for my Summer project that year, the giant hourglass. I finally had one custom made by a local glass craft business, Angels Share Glass. The glass is spectacular, and filled with tiny glass beads instead of sand.
Just after Christmas I found a large sand timer on Ebay for not a lot of money. I suspect it was a turner finishing up and selling off bits and pieces because there was a lot of nice stuff being sold. The timer I bought is nowhere near as large as the one I had made, but larger than your average bear.
The timber is oak, purchased at Scottish Wood near Oakley in Fife. I selected the board because of the way it had split and cracked. I filled the cracks with a mixture of epoxy resin and copper powder.
This is the finished article, with banana for scale. 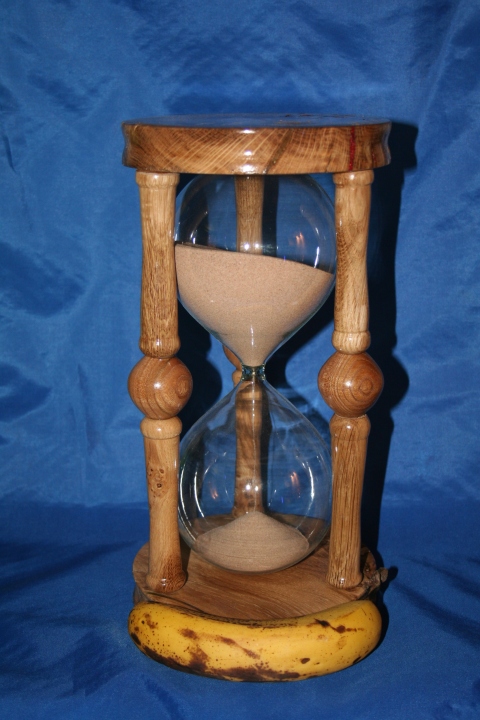 There is some lovely spalting in the wood, which is probably why the tree had to come down. 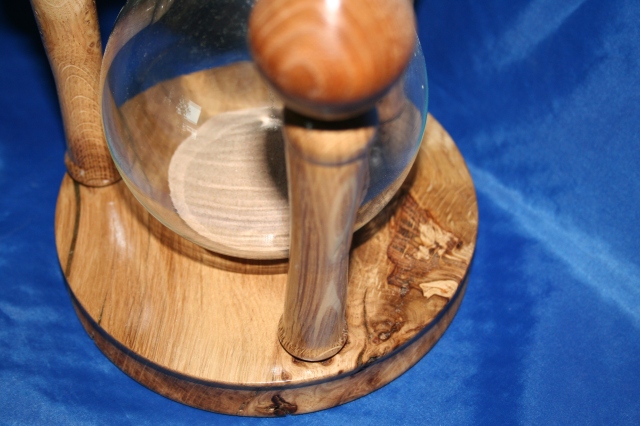 And the copper powder in the voids. 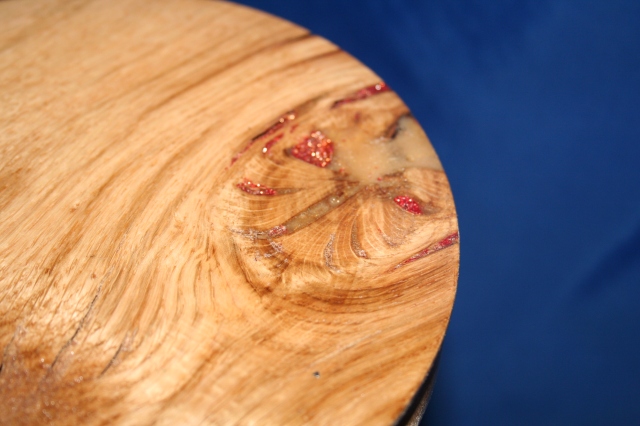 The end roundels are 20mm thick by around 180mm across. 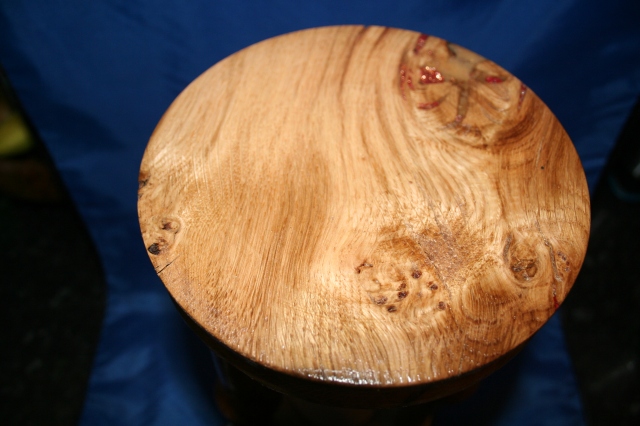 This has been a long time in the making because of my nemesis, copy turning. The uprights ended up alike enough for my critical eye, so I’m sure others will be just as happy.