Started on the pile

I made a start converting some of what I gathered from the tree surgeon into turnable blanks. My poor wee band saw was screaming, right at the limit of what it can cut. It managed however, and I was able to cut bowl blanks from the slab of oak. 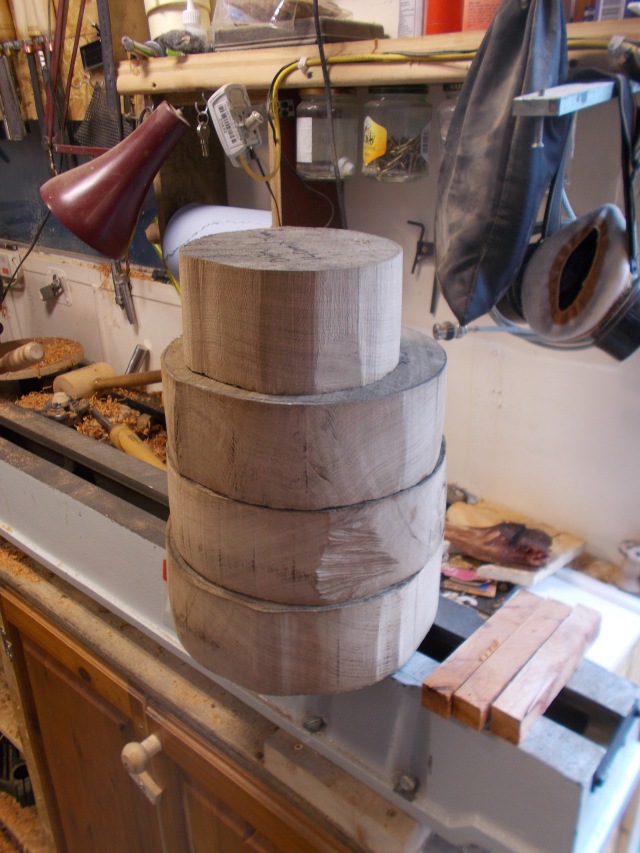 The pen blanks are from the blocks of yew, but these bowl blanks came from the oak, along with a few spindle blanks.
I’ve turned one of the spindle blanks into a cylinder and put it up on a shelf for later. This wood is hard as nails, and should present a challenge when I get round to turning some bowls.

One of the pieces I brought home was a hawthorn crotch, which was very wet.

I only had to look at it once to envision the bowl it wants to be. I mounted it on the lathe yesterday and rough turned it into the approximate shape it will take.

The grain is absolutely stunning. I’m hoping the bark will stay on, but have my doubts because it is very stringy and has started to peel here and there. 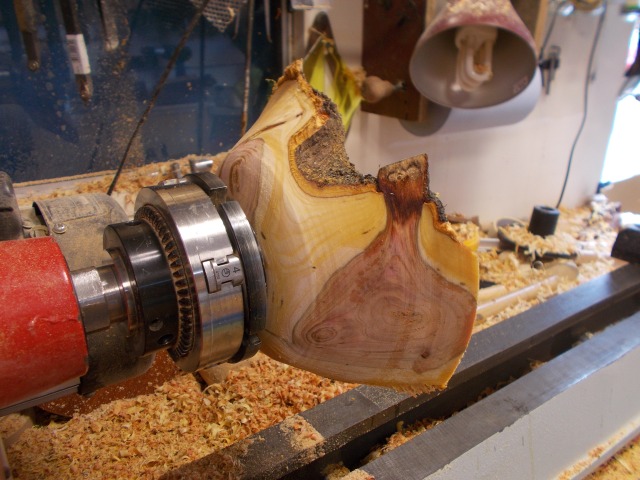 I’ve stopped turning at about 16-18mm or thereabouts. This is now packed with the wet shavings from the turning, inside a thick paper bag. This process should allow it to dry slowly with no splitting.
Fingers crossed.

Another project I have been working on is an urn. This is, for someone of limited hollowing skills, a very difficult shape to turn.
The timber is a piece of oak I got from work in 2013. A very large tree was damaged in a storm, and had to come down for safety. I used a huge amount of what I gathered, and kept a few pieces back.
The tree was quite badly rotten, so once dry it is extremely splintery and messy. 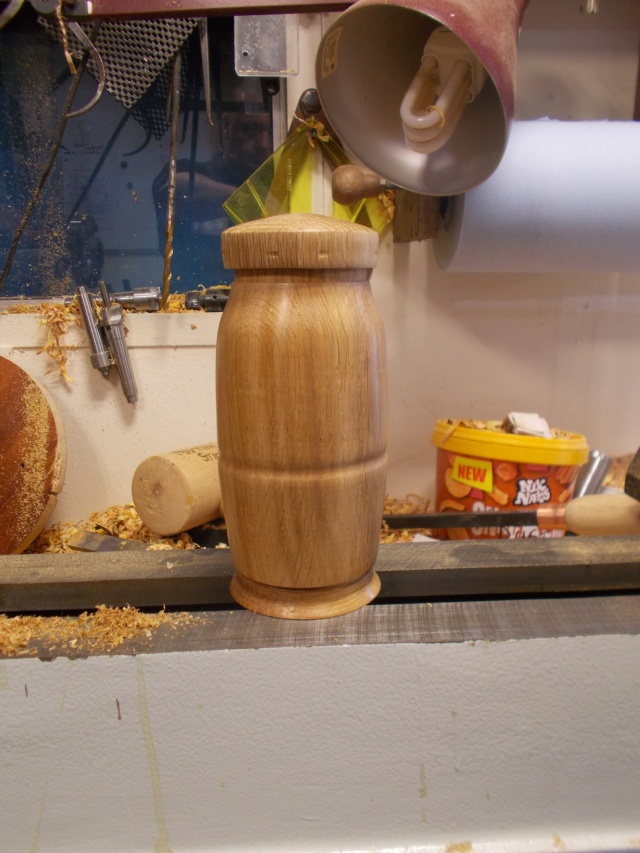 I need to remount the lid to get rid of the chuck marks. These appeared even though I had a piece of yoga mat round it. It’s just me. I tighten stuff too much sometimes.

I think I did quite well with the hollowing. I need to decide what finish I want to put on it now.
In between turning, I wired the table lamps I made previously. I really enjoy turning lamps, but there’s a limit to how many you can have indoors. People just don’t want to pay the prices I need to charge to simply break even. 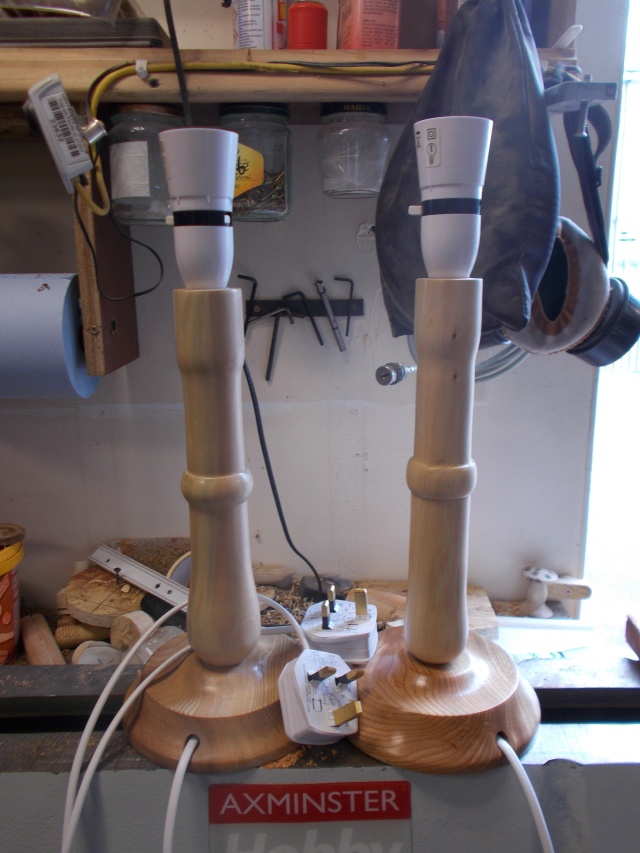 The electrical components don’t come cheap, for these. I even took them in to work and used the PAT tester on them. There was no real need. Being a time served electrician the wiring of these is pretty Noddy stuff.

These are ash bases with holly stems, in case you missed them previously.

I wonder what next weekend will bring?